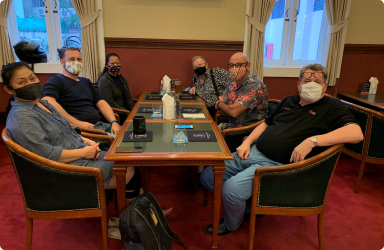 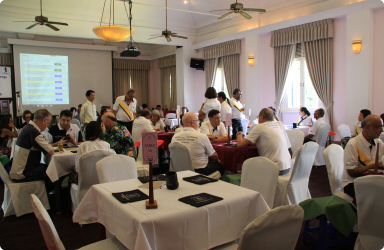 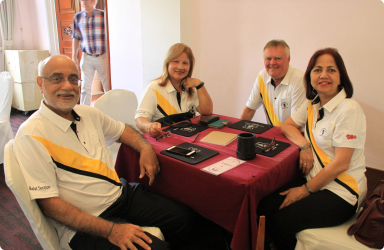 Balut is a simple dice game, not unlike Yahtzee, where five dice are played to achieve a predetermined set of scores within a game. Considerable research has been undertaken in the past to establish the real roots of the game of Balut – one particular source dates the game to the time of the Roman Empire when Julius Caesar was heard to utter the immortal phrase “Alea iacta est” or “The die is cast”.

In reality, it was created just after World War II, by a group of U.S. soldiers stationed in The Philippines. It has spread over the decades to be an internationally played game with two distinct versions ….

Balut was started in the British Club Bangkok in 2007 and we have hosted three STC Interport competitions (2008, 2010 and 2013). The annual Balut Cup, for Club members, was founded in 2008 and a Junior Cup was played until 2011 when all the junior players came of age!

The highest STC Balut score possible is 183* but the current World Record Score is 169 … currently held by a member of the British Club Bangkok. Under STC rules we rank those players who have scored 160 or higher and those who managed to achieve 40 or lower!!