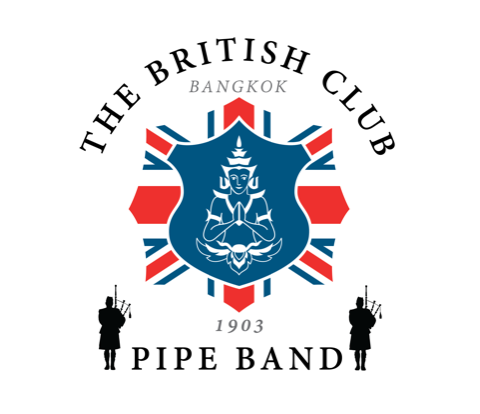 The British Club Pipe & Drum Band was founded in April 2007 under the leadership of Pipe Major Keith R. Walker, ex Pipe Major of 42nd Highlanders Pipe Band (Black Watch Regiment). It enjoys the full support of the Club and practices each Tuesday around the grounds.

A lone piper from the Band escorted Admiral Anthony Radakin CB ADC, the First Sea Lord and Chief of Naval Staff upon the occasion of the unveiling of the British War Memorial at its new home at the Club in 2019.

The British Club Pipe & Drum Band plays each year at the Royal British Legion Remembrance Service, held at the Club, and at the ANZAC Day service held at Kanchanaburi in Western Thailand. It has featured in many of the St. Andrew’s Balls held in town and is available for weddings and the like. 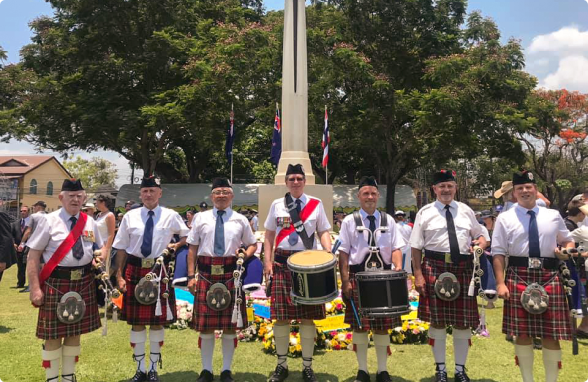 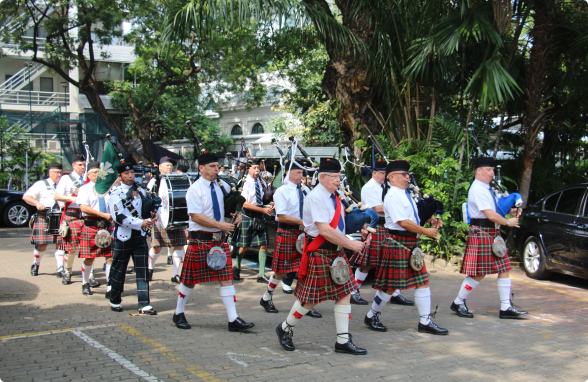 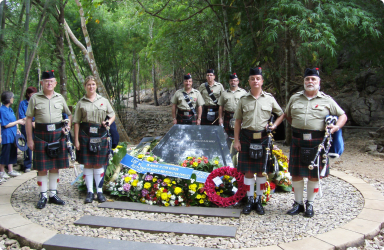 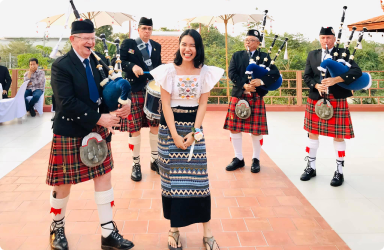 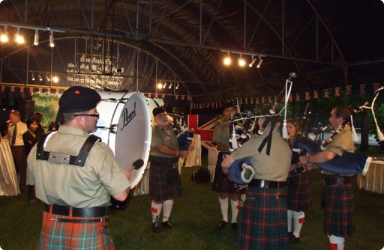